Prayers for the 12 Days of Christmas 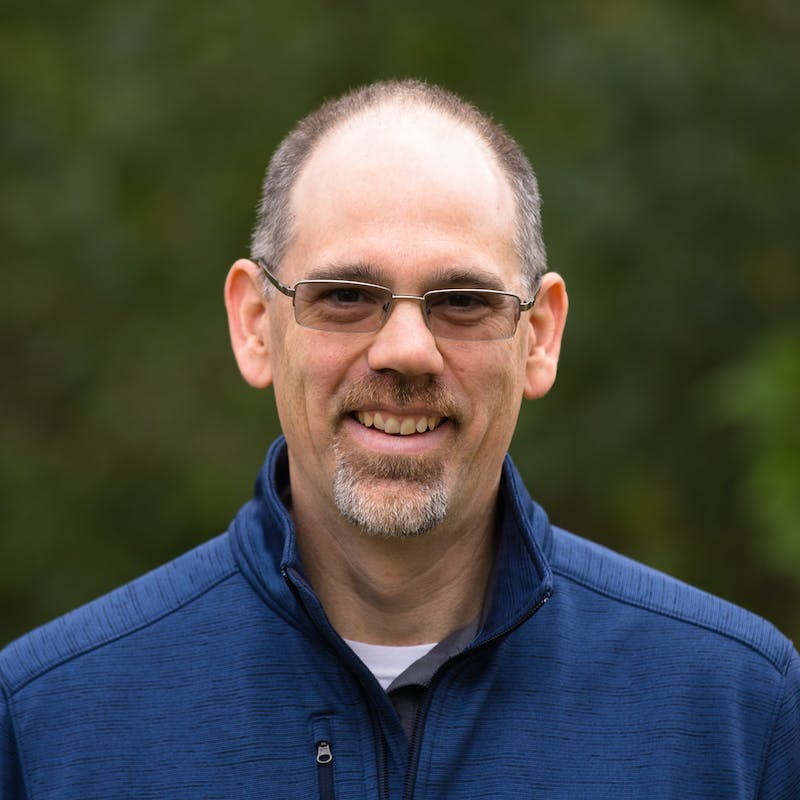 But just as many Christians are rediscovering the season of Advent, we recognize these traditional Christmas days as opportunities to reflect on the fulfillment of God’s promises through the birth of Jesus Christ. We invite you to join us in these joyful prayers of celebration. Each contains a brief scriptural passage and prayerful reflection focused on our joy and thanksgiving for the gift of Christ, the forgiveness of sins, the hope of eternal life, and the hope, peace, joy, and love of Advent fulfilled.

12 Prayers for the Twelve Days of Christmas

And there were shepherds living out in the fields nearby, keeping watch over their flocks at night. An angel of the Lord appeared to them, and the glory of the Lord shone around them, and they were terrified. But the angel said to them, “Do not be afraid. I bring you good news that will cause great joy for all the people. Today in the town of David a Savior has been born to you; he is the Messiah, the Lord…” Suddenly a great company of the heavenly host appeared with the angel, praising God and saying, “Glory to God in the highest heaven, and on earth peace to those on whom his favor rests.”

Heavenly Father, through your Son Jesus Christ your love overflows upon me. Thank you for my Savior, Jesus, whose Good News brings me joy that words cannot express. On this Christmas Day, my soul echoes the praises of your angelic host, “Glory to God in the highest heaven, and on earth peace to those on whom his favor rests.” In Jesus’ holy name, Amen.

For to us a child is born, to us a son is given, and the government will be on his shoulders. And he will be called Wonderful Counselor, Mighty God, Everlasting Father, Prince of Peace. Of the greatness of his government and peace there will be no end. He will reign on David’s throne and over his kingdom, establishing and upholding it with justice and righteousness from that time on and forever. The zeal of the Lord Almighty will accomplish this.

Lord God Almighty, who can hold back your zeal? You promised a Savior and gave us your Son! Your creation needs him. I need him. Thank you that Jesus Christ is God with us (with me); and that he will reign for ever and ever as King of kings and Lord of lords. That he has come to defeat sin and death and has established his everlasting kingdom of peace, justice, and righteousness. For this I give you praise. In his glorious name, Jesus Christ, Amen.

Now there was a man in Jerusalem called Simeon…It had been revealed to him by the Holy Spirit that he would not die before he had seen the Lord’s Messiah…Simeon took [the child Jesus] in his arms and praised God, saying: “Sovereign Lord, as you have promised, you may now dismiss your servant in peace. For my eyes have seen your salvation, which you have prepared in the sight of all nations: a light for revelation to the Gentiles, and the glory of your people Israel.” The child’s father and mother marveled at what was said about him.

Sovereign Lord, in your perfect faithfulness you have done marvelous things that you planned long ago. I can only imagine Simeon’s elation as he held the Son of God in his arms and looked into the face of your salvation, just as your Holy Spirit had promised him. Now, I marvel just as Joseph and Mary did. You sent Jesus to save the world from their sins “in the sight of all nations.” Thank you in the precious name of Jesus, Amen.

There was also a prophet, Anna,…She was very old…She never left the temple but worshiped night and day, fasting and praying. Coming up to them at that very moment, she gave thanks to God and spoke about the child to all who were looking forward to the redemption of Jerusalem.

Mighty God, you always keep your promises. You had promised long ago to redeem Israel, and your servant, Anna, was among the first to recognize that you were about to do just that. May I have grace and favor to worship you and trust that Jesus will return to fulfill his kingdom, just as he promised? Thank you for the gift of your Son and your Spirit. In Jesus name, Amen.

Gracious Lord, your word does not return to you empty. How the pieces must have clicked into place for Joseph in the dream you gave him: “…what is conceived in her is from the Holy Spirit.” You had given a sign that a virgin would become pregnant. Joseph believed and obeyed. Thank you, Father, for the gift of “God with us,” Immanuel. In the sovereign name of Jesus Christ, Amen.

For God so loved the world that he gave his one and only Son, that whoever believes in him shall not perish but have eternal life. For God did not send his Son into the world to condemn the world, but to save the world through him.

Holy Father, I praise you for your gracious love and unfathomable mercy. You gave your Son for the sake of “whoever.” By your grace, I am whoever. Thank you, God, that you sent your Son to save the world, not to condemn it. In Christ’s name, Amen.

Dear Jesus, Paul’s words perfectly summarize the gospel of your salvation. Thank you for dying in my stead; enduring the pain, scorn, and scandal on behalf of the ones you love, including me. You conquered sin so that I can be with the Father; you defeated death so that I may have life with you now and forever more. Glory be to your name, Jesus, Amen.

Therefore, since we have been justified through faith, we have peace with God through our Lord Jesus Christ…But God demonstrates his own love for us in this: While we were still sinners, Christ died for us…For if, while we were God’s enemies, we were reconciled to him through the death of his Son, how much more, having been reconciled, shall we be saved through his life!

God of peace, how loving and merciful you are. I shudder to think that I was your enemy. I shudder all the more knowing that you loved me even while I was your enemy. That you would give your Son for my sake makes me want to cry in grief and shout for joy at the same time. Because of Jesus, I am reconciled to you and have life with you forever. In the powerful name of Jesus, Amen.

“I am the vine; you are the branches. If you remain in me and I in you, you will bear much fruit; apart from me you can do nothing. If you do not remain in me, you are like a branch that is thrown away and withers; such branches are picked up, thrown into the fire and burned. If you remain in me and my words remain in you, ask whatever you wish, and it will be done for you. This is to my Father’s glory, that you bear much fruit, showing yourselves to be my disciples. “As the Father has loved me, so have I loved you. Now remain in my love…My command is this: Love each other as I have loved you.”

My Lord Jesus, keep me in you so that I may “bear much fruit.” Thank you that I do not even have to try to live a life that glorifies God on my own. Without you, I cannot do it. I am totally dependent on you. Keep me in you so that when I ask something in your name, the name of Jesus Christ, it will be done for me. Give me the grace to obey your command to love others as you have loved me. In your name, Amen.

Holy God, this Christmas we celebrate the incarnation of your Word, the Word who has been with you from the beginning, your Word who is you. That through your Word you created the universe and our world in it. Thank you that you sent your Word as a precious child to bring life as light for all humankind. I pray that all people may know Jesus. In his name I pray, Amen.

The Word became flesh and made his dwelling among us. We have seen his glory, the glory of the one and only Son, who came from the Father, full of grace and truth…Out of his fullness we have all received grace in place of grace already given. For the law was given through Moses; grace and truth came through Jesus Christ. No one has ever seen God, but the one and only Son, who is himself God and is in closest relationship with the Father, has made him known.

Loving Father, I am in awe of your wonders. Thank you that I have seen the glory of your One and Only Son in my own life. I cannot see you with my eyes, but Jesus has opened the eyes of my heart, that I may know you! I see you in Jesus. Glorify your Son, Father, in Jesus Christ’s name, Amen.

After Jesus was born in Bethlehem in Judea, during the time of King Herod, Magi from the east came to Jerusalem and asked, “Where is the one who has been born king of the Jews? We saw his star when it rose and have come to worship him.”...After they had heard the king, they went on their way…When they saw the star, they were overjoyed. On coming to the house, they saw the child with his mother Mary, and they bowed down and worshiped him. Then they opened their treasures and presented him with gifts of gold, frankincense and myrrh.

Father God, you announced the birth of your Son to lowly shepherds. You cast a star in the heavens that heralded his birth to the wisemen of the east. You sent no messengers to King Herod or Augustus Caesar. This Christmastime, we celebrated the birth of a King, the King. He was your gift to the world you loved, the people you love; he was your gift to me. A babe in his mother’s arms, the Magi recognized him for who he was and gave him kingly gifts. Help me remember who he is every day of my life. Father in heaven, I pray your world will recognize Jesus Christ for who he is, the Savior of the world and the Prince of Peace. May your will be done on Earth as it is in heaven, in Jesus name, Amen.

We hope these scriptures and prayers helped you focus your Christmas celebration on the gift of Jesus Christ. May we pray for you? Share a prayer request with us here. We invite you to check out our free ebook, “How Do I Pray?” We also encourage you to explore the prayer resources on our website.